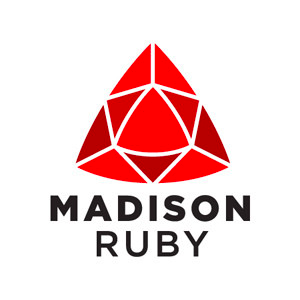 As of August 20th the Thunderbolt crew has descended upon the land of cheese and honey one of our favorite tech conferences: Madison Ruby. Thunderbolt has a lot of love for the city of Madison and not just because they have endless rivers of spotted cow and fried cheese curds that (given their hyper-addictive properties) must be sprinkled with crack instead of simple salt.

Jim “Big Tiger” Remsik is in his third year of bringing some of the best minds in open source to Madison for three days of drinking, coding and learning; most likely in that order. Jim will be MC’ing the conference along with Robert Pitts.

The officially unofficial kick off for Madison Ruby starts with #HYPEHARVEST on Thursday Night. #HYPEHARVEST brings together story telling and up and coming musical talent for an evening designed to get everyone into the mindset before the conference starts in earnest. Continuing the trend of geeks giving back: all proceeds benefit charity. Randall Thomas is discussing the broad topic that is near and dear to all entrepreneurial hearts: failure.

Back in his third year presenting at Madison Ruby, Bryan Liles brings the enlightenment with his talk designed to help developers to think through problems as opposed to coding through them. Scientists and Mathematicians may not write code, but they do know a thing or two about solving problems efficiently and effectively.

We hope to see you at Madison Ruby. Please introduce yourself and allow us to buy you a tasty malt based beverage. FWIW: You’ll know a Thunderbolt chap by the Metal \m/ logo on the T-Shirt and the whisky in his hand.